Alejandro G. Iñárritu, the Mexican-born director of death-obsessed, multistrand dramas including “Babel” and “21 Grams,” was itching for a change.

“I was getting a little bit too comfortable,” Mr. Iñárritu said. “And personally, I have been really aware of how my ego plays on me, and how I was absolutely under its dictatorship. In one day, you can feel that you are the best writer ever, and a half-hour later you can feel like a dead jellyfish.”

Those jolts led to “Birdman,” a comic, dramatic, sometimes surreal film about a movie actor who once played a superhero and is now staging a serious yet seriously misbegotten Broadway play. The unclassifiable film displays a new style and lightness for Mr. Iñárritu, who is 51, while taking up the same existential questions posed throughout his career. It closes the New York Film Festival on Saturday and opens in theaters Oct. 17.

In Mr. Iñárritu’s last film, “Biutiful,” (2010) Javier Bardem plays an impoverished father who is terminally ill. The style is painstakingly real except for the few scenes that reveal the hero can talk to the dead. “In ‘Biutiful’ I started getting tired of realism because sometimes life itself is not real events. It’s more how we perceive those events,” Mr. Iñárritu said. 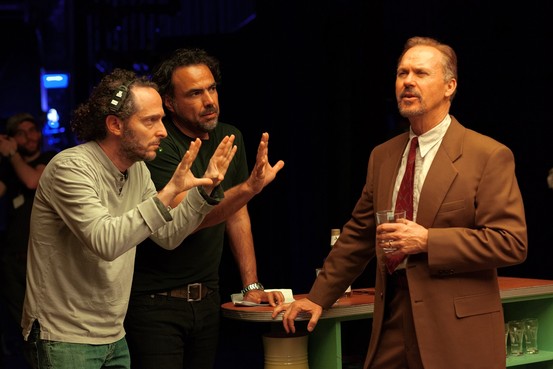 That imaginative strain became central in “Birdman.” The film grew from Mr. Iñárritu’s concept of a man struggling with his volatile ego (the screenplay is by him and three co-writers). “To talk about ego is so difficult, it’s such an abstraction. And talking about it seriously would be a big mistake,” he said.

To anchor the elusive idea, Mr. Iñárritu created the likable, sometimes ludicrous character Riggan Thomson, an actor who believes he has psychic powers. He also hears his confidence-deflating ego speak in the voice—and occasionally appear in the body—of his old masked and caped character, Birdman. If any profession is vulnerable to raging ego, it’s acting, but Mr. Iñárritu sees Riggan’s dilemma applying to everyone: “Sometimes it’s the size of a starling and sometimes the size of a vulture, but we all have a Birdman.”

Michael Keaton, a former Batman, has gotten enthusiastic responses on the festival circuit for his role as Riggan. Casting the onetime superhero as a onetime superhero added a layer to a film that was already—through Riggan and the cast of his play—about the mirroring between life and art. “With Michael, there would be a meta-dialogue,” Mr. Iñárritu said.

Some of the comic and emotionally fraught moments come from the characters surrounding Riggan. They include his grudge-holding daughter (Emma Stone), who screams at him that he’s so irrelevant he’s not even on social media, a talented know-it-all actor who undermines him (Edward Norton)and a nervous lead actress (Naomi Watts). Most of the humor comes from the distance between Riggan’s reality and his aspirations, said Mr. Iñárritu, who finds an echo of Don Quixote in his film’s hero. “Don Quixote is a guy who truly believes that he’s extraordinary, that he has the ability to be dealing with a world that doesn’t exist,” he said. “I feel empathy for this. All our attempts to transcend time and to achieve big things as writers or filmmakers or whatever—when we suddenly see what little things we are, the only way to approach that is to laugh about it.”

Cinematographer Emmanuel Lubezki (who won an Oscar for “Gravity”) shot each scene from start to finish with a roving camera instead of breaking to do multiple takes from different angles. “I wanted to put the audience in the shoes of the characters. As a visual language I wanted that to happen in an extreme way,” Mr. Iñárritu said of this fluid approach. “The reason is that I’m tired of the irony or the cynicism that has ruled our culture in the last 25 years. It’s easy to make fun or to point out the flaws of all these characters—as if I would not be one of them. The camerawork and this continuous experience helped me to never lose that extreme point of view.”

The approach also draws viewers into the actors’ world: onstage, in their dressing rooms, on the roof of the theater, in a nearby bar. Mr. Iñárritu pointed out a scene with Mr. Norton’s character in a tanning bed, reading Jorge Luis Borges’s surreal “Labyrinths,” which hints at the film’s mazelike form. “I was always thinking about labyrinths. Backstage and the dressing rooms and all those corridors are like an infinite labyrinth.” 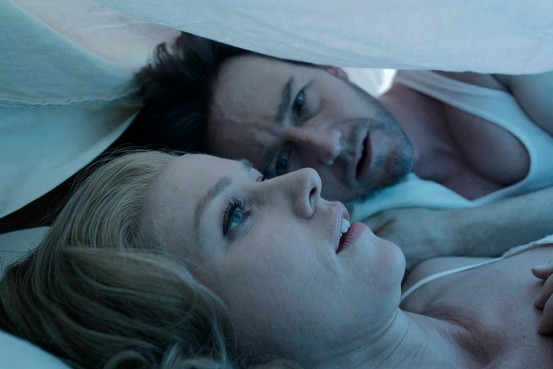 Edward Norton and Naomi Watts in a scene from ‘Birdman.’ Fox Searchlight Pictures

“Birdman” includes snippets of Riggan’s play, which is based on the Raymond Carver story “What We Talk About When We Talk About Love.” Mr. Iñárritu has been a Carver fan since he was in his teens but had his character stage the story for another reason. “I thought it was an extraordinarily bad idea,” he said. “I want to prove that you can’t adapt Raymond Carver to the theater, that only an ignorant man who does not belong to that world would attempt that. It was a suicidal attempt, pretentious and solemn.”

Recently, Mr. Iñárritu has been shooting an entirely different kind of movie, “The Revenant,” with Leonardo DiCaprio as a 19th-century fur trapper. Tom Hardy co-stars. The director has also altered his name. On “Birdman,” for the first time he uses the middle initial G. instead of González. “My Dad, who passed away last year, he would kill me. Mexicans, we always have second names, and mine was so long. People didn’t know if they should call me Alejandro or González or Iñárritu, and when they attempted the three of them, everybody was suffering, so I tried to reduce the stress for everybody,” he said. “I think with age comes simplicity. Maybe I’m simplifying.”